Local theater director LaRayne Watts called me up one day, in desperation, asking me to take on a role in her play. At first, I was hesitant. I hadn’t acted in a play since I was 13, as a part of the Willapa Player’s Summer Youth Plays. As soon as I read the script, I knew I had to give the part a chance. I was to play Victoria Van Roth, an artistic bohemian; some felt that I was at least slightly type-cast.

The play Death By Design was promoted as “a comedy with murder.” I thought the play was hilarious and I’m so glad that I had the opportunity to participate. The play ran 2 weekends for a total of 5 performances. We had great crowd turnouts at the performances and everyone seemed to truly enjoy the absurdity of the show.

It was a nice shift for me to push myself as an actor in a play rather than a director in a movie. At first, I was extremely nervous and intimidated by learning all my lines; I had 90 of them, which seemed like more than plenty! With this achievement under my belt, I am interested in pursuing more opportunities to act or to study the craft. As a director, the more I can learn about acting, the better! It can never hurt to improve communications between actors and directors on sets and in rehearsals and I feel that the basis of the communication stems from an understanding of what each party is going through.

The full cast at curtain call for our second weekend performance on Friday, November 15th, 2013

Upon graduation, a harsh reality hit me: I no longer had access to professional studio equipment, including cameras, lighting, and sound gear. When I arrived home, much of my time was spent scouring the internet, researching camera equipment that I could invest in within my budget. After much debating, I decided upon the versatility of Sony’s FS-700. This is a professional video camera with a super 35mm sensor for shooting HD. It has 2 XLR inputs for microphones and a mount for interchangeable lenses. One of the great features of the camera is its ability to record up to 8 seconds of super slow-motion HD video at 240fps and up to 96ofps, SD. Needless to say, it’s been a lot of fun to experiment with.

I also purchased a nice, fluid-head tripod so that I can achieve steady tilts and pans. The camera itself isn’t the most ergonomic so I additionally invested in a Zacuto shoulder mount and monitor. These tools open up a multitude of possibilities and are essential for trying to get local projects off the ground.

I will try to get test footage up soon, but for now, you can check out these stills.

My shiny new camera at the beach in Ocean Shores, WA!

This is pulled from video footage of my friend Rutzer at the South Bend boat launch.

This was a super-slow motion video test. It was my first time shooting a gun!

This year I was able to volunteer for the 8th annual Labor Day Poker Paddle in South Bend. Paddlers of all sorts, including kayakers, canoers and stand-up paddle boarders, are welcome to participate. Participants start at the 101 Public House kayak dock and then paddle along the Willapa River to 4 other docks to receive playing cards in envelopes, hoping to get the best 5-card poker hand. Monetary prizes are awarded to the top 3 hands. This year, the winner had 3-8’s!

It was a beautiful; we really lucked out on the weather. (This event is held rain or shine!) I was on dock 3. I handed the paddlers cards with a long stick with a clothespin attached at then end. Thankfully, I managed to stay nice and dry. 🙂 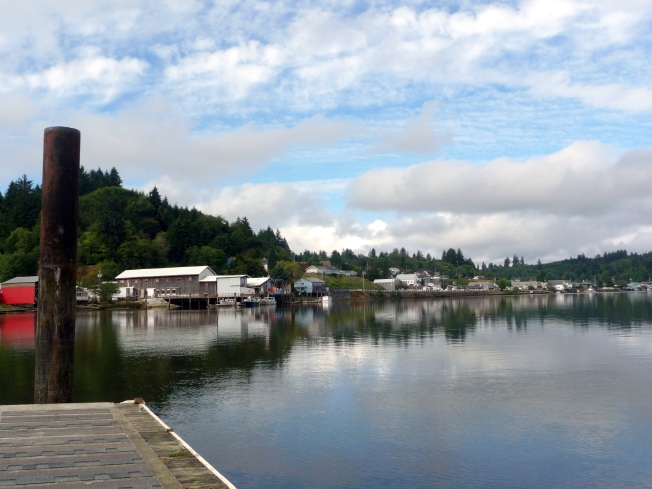 This was a gorgeous day in South Bend on the Willapa River. 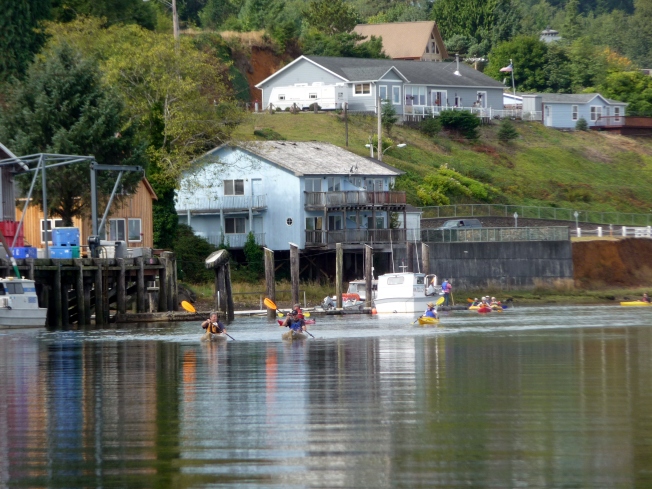 The paddlers were making their way from dock 2, onward, to my dock. 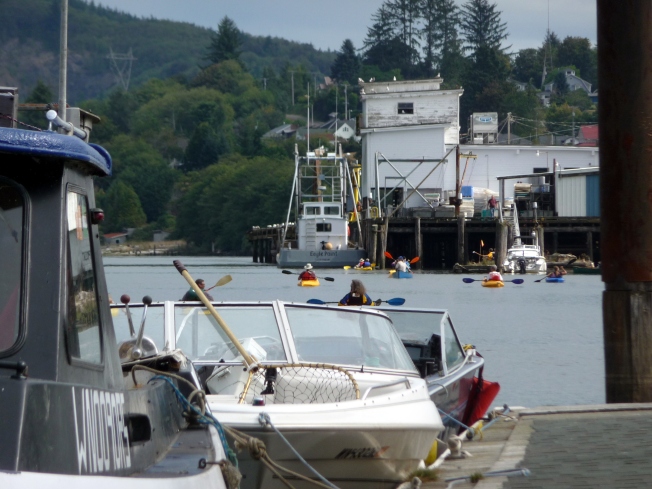 This was the view from my dock to dock #4. 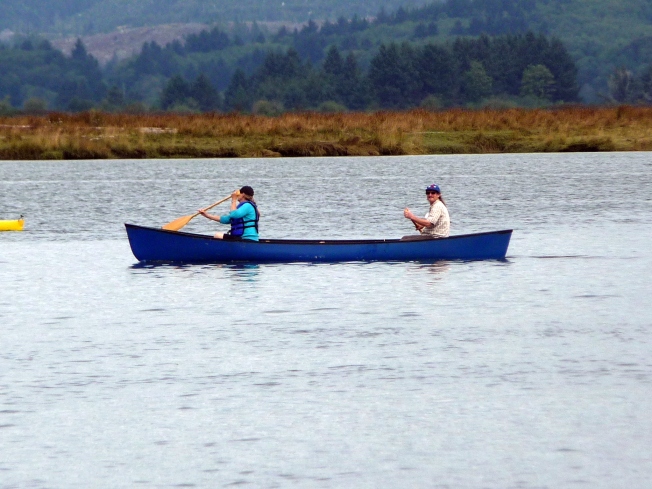 That’s my dad in the back of the canoe! He’s participated all 8 years. 🙂

I’d like to talk briefly about my participation in the Pacific County Fair in Menlo, WA.

I played a significant volunteer role by taking the position of Superintendent of the Art Building. I worked from Monday August 19th – Sunday August 25th, 2013, logging a total of 53 hours in six days! My duties included mounting all the artwork, locking and securing the building, and managing the craft table during fair hours. Overall, it was a very rewarding experience. I had the opportunity to meet many great people and local artists as well as draw and doodle with children.

Growing up, the Pacific County Fair served as an opportunity to celebrate with my friends and classmates before school started the next week. My sister and I frequently entered items in hobbies, art and flowers and enjoyed seeing our work on display. As an adult, and as a volunteer, I now understand the labor that goes into making the fair what it is. I feel fantastic knowing that I was able to contribute to keeping the fair bustling, alive, and fun for the public. 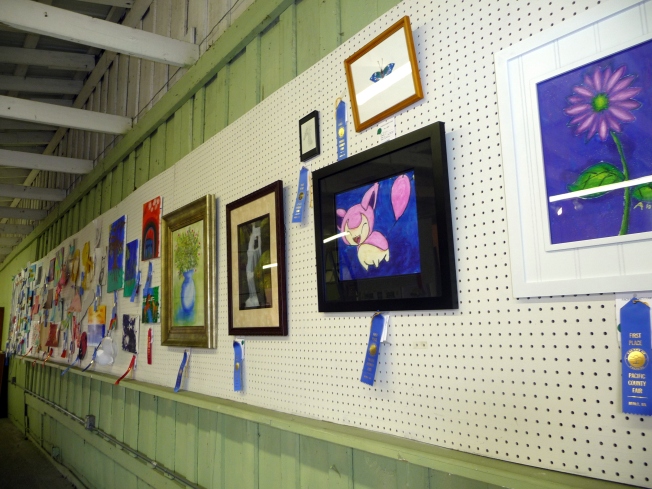 This display was across from my table.

Sculptures and woodworking were also included in the art building.

I set up a crafting table and the kids enjoyed making items for me such as this hat! 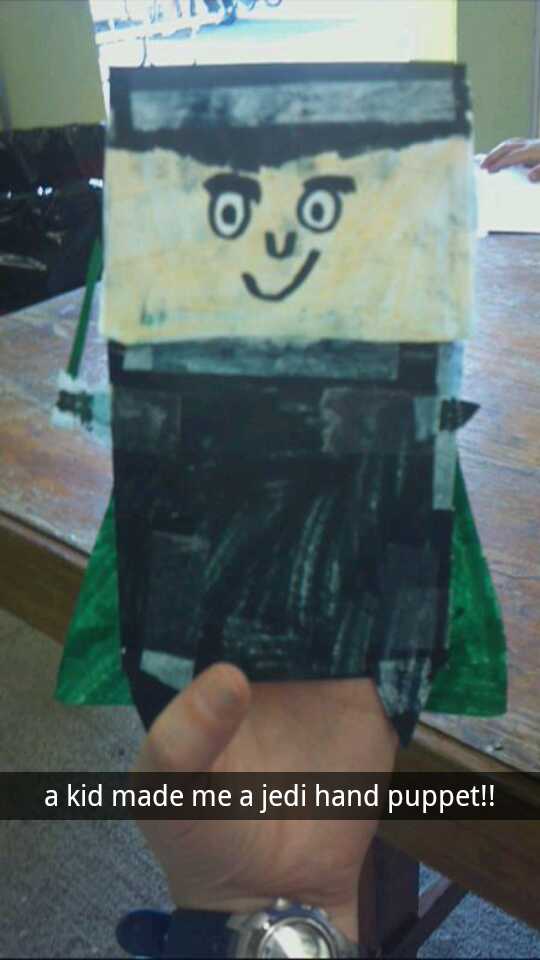 Another kid made me a “Jedi Hand Puppet”, complete with a cape and light saber!

I’m still learning to be more active on updating about my activities and events. I’ve been keeping busy with a range projects spanning my various interests.

I have been giving back to the Willapa Harbor community by participating in community service events as well working on several local projects to promote tourism and the support of small businesses. I also returned to our local theater group and was cast in a comedy play; I haven’t been in a play since I was 13!  My business cards have been getting around town through my networking and I’m excited about upcoming projects, especially with the new camera equipment I have invested in.

In my next posts I will go into more detail about my specific accomplishments in the past few months.