The Willapa Players convinced me to do another play. I was a bit skeptical of my abilities at first (the role was really large!) but I’m really glad I stuck with it. I learned a lot about acting from the director, Heidi, and I think my skills are definitely improving.

We performed the play in the style of “modified reader’s theater”, meaning we had our scripts on stage the whole time but had our lines mainly memorized. Actions and props were limited, but still included and the set was sparse to convey a dreamy state “reality”.

Crime of the Heart is a Pulitzer Prize winner by Beth Henley. The play was also made into a movie. The story focuses on 3 sisters from the small town of Hazelhurst, Mississippi as they try to deal with family drama in a comedic and refreshing way.

Overall, the play was very successful and the crowds were very supportive and encouraging. They claimed that our sisterly dynamic was very natural and believable. Our director took a risk with this type of production in our small town and I was very pleased to see it be so successful. 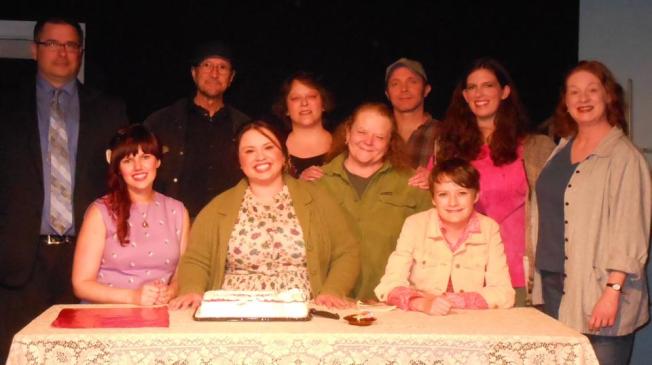 This was the full cast of 6 and our amazing crew!

We received many compliments on the play poster. It was a great idea to have our picture on the front. 🙂